Walking through that conference room door, I tried to assess and take stock of the room as I entered. Who was who? Was it a friendly, welcoming crowd, or a critical and cold one? Would I be able to point out which type was which? After all, my sole purpose here was to assess and record. Shall I introduce myself or wait to be greeted? Where is the “7”? For the love of Pete, this is awkward. I knew that the “7” would at least bring some comfort in helping me to blend in. And just as I was going to do an about-face and walk out, the most jovial, warm and enthusiastic man came over to acknowledge me. I knew immediately that he for sure was the “7”! He encouraged me to help myself to the snacks or a drink, and then introduced me to the rest of the nonchalant group. He was so thrilled about the evening, that some were annoyed by his anticipatory excitement. As the introductions convened and each said hello, I tried to identify each of them and who I thought they might be. Immediately, one stood out. A woman, who was very forthright and controlling, spoke in a very decisive manner informing all on how the night would go. There was no question, yup she’s the “8”! She exuded so much confidence that it was almost admirable. As I continued to peruse, grabbing some fruit and a Pellegrino, I noticed three women visiting so I figured I’d join in. As I encountered the small circle, I could see that there was one that was adamant about her feelings on a specific subject and she was bordering a self righteous tone. Though her attitude seemed a bit overwhelming, it was most apparent that she retained a good moral compass, wanting to do what’s right and encouraging others to do so as well. In response to her manner, the two others responded very differently from one another. One immediately withdrew in a very dramatic fashion as she marched away mumbling her aggravation. The other reached out trying to bring them both back together in unity. She was very patient in trying to mediate these two very different personalities. I thought to myself, there goes the “4” huffing away and I am left here with the “1” and the “9”. And just as I started to entertain conversing and asking about their topic, the leader started the session. He immediately drew everyone’s attention in a very down to earth way. He was pragmatic with a great sense of humor. He was dressed for success and clearly the overachiever in the group. I took my notepad and jotted down that Mr. “Harvard” was unquestionably the “3”. Alongside him was his wife who was not only his “help”mate but she was also the helpful “2”. It was clear. She was very outgoing, caring and very generous with compliments as she met and loved on others. She connected with all so easily. As I began looking for a seat in the back of the room, I glanced around for the “5” and the “6”. As I scoped out the remainder of those in the room, I finally spotted the last two characters. One individual was quiet yet perceptive as he listened to the speaker. He seemed intellectual yet lonely in a sense. His eyebrows furrowed in a most intense manner that I instantly knew he was “5”, which left one. And just as I was about to look for the last, suddenly, a very congenial, engaging lady scattering about asked if I was comfortable. She was the one making certain that everything was as it should be, very engaging yet a tad anxious. She was also the only was who wanted to know what I was writing in my journal. She was suspiciously inquiring. I made it clear that I was a journalist and I expressed to her “I observe and I write”. She smiled and was settled with that. So they were all here. My job was to calculate the crowd, interpret the personality type and document each.

As the Ivy Leaguer continued to speak, what hit me was not his type, his looks or even his articulate manner, no it was something more. Much more. He was speaking on the very opposite of what I thought this gathering was all about. I mean the exact opposite. We came to interact and learn from one another, to delve into ourselves and learn how we tick. It was supposed to bring growth as we were all so fascinatingly different. But this wasn’t a personality session at all…this was a Person session, with the focus being Christ! The ultimate Personality. The One with whom we should all most identify with. He went on to say that, though we are all very unique, the one commonality was our Creator and who He made each of us to be. Everything within me finally took a breath. There is something so beautifully peaceful when the truth is stated. He went on to say that while yes, we may be either The Reformer, The Helper, The Achiever, The Individualist, The Investigator, The Loyalist, The Enthusiast, The Challenger, The Peacemaker or whichever test you decide to assess yourselves with…..that at the end of the day, it didn’t matter who we were, it only mattered Who He was and who He said we are!

I wrote this brief story to simply bring distinction to our personality types and more importantly to bring light to the Person Who created us all. The latest craze is figuring out just who we are. It is very advantageous to know ourselves and what makes us who we are, and to understand why we respond the way we do. All good things in dealing with others. BUT….. my friends, at the very end of each day, Who He is is what matters most. I think it is so necessary to take the focus off ourselves and instead shift our attention to Who He is. And what He says about us.

And what does He say about us?

He says you’re loved, you’re healed, your delivered, you’re forgiven, you’re beautiful, you’re an overcomer, you can do all things through Me and so on.

But my favorite part to share is Who He is:

And so much more. The ultimate Hero.

Let’s identify with Jesus. As our character aligns with His, our person will become who we were meant to be. We all bring a uniqueness which is amazing, as long as His nature abounds. So, as we are entering a New Year, take stock and embrace your individuality. But more importantly, let’s come to know His Person even deeper. 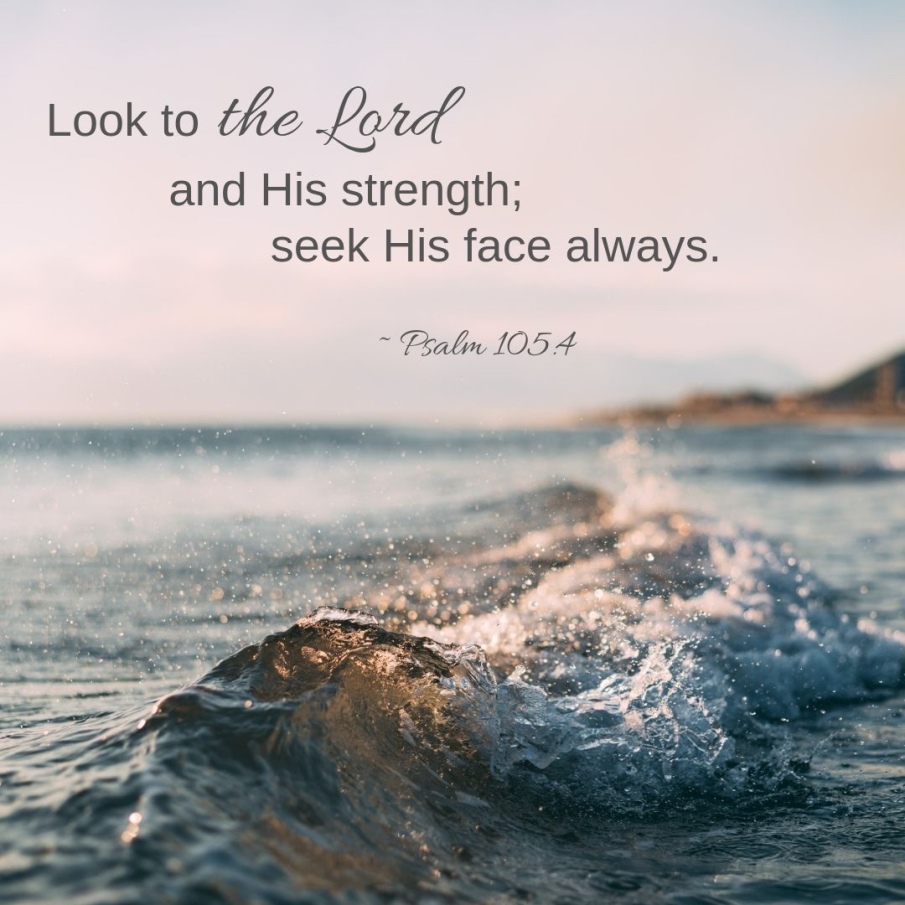 Happy wife and mom!
Devoted to Jesus and my family!